i shot the decoy bear at cohutta

#61
You just can't make up stuff like this. Waaaaaaay to go !!!!!!
It takes extremists at opposite ends to make the middle palatable to the masses.

Oh man I over here crying from laughing so hard!!!

#64
I agree with the other poster who said the warning tickets were just an attempt to save face. The GW's couldn't admit that someone had gotten one over on them, so they wrote bogus warning tickets.

It's gonna be the new sport now. People are going to try to spot the decoys, then sneak up on them and shoot them.
Hunting is not a matter of life and death. It's much more important than that!

#65
Throwback said:
What's the deal with this thread I can't see past my second post on page #2??

Weird. Done everything including deleting cookies, etc and nothing...

T
Click to expand...
Some days you eat the bear, some days the bear eats you.
A nod is as good as a wink to a blind horse.

#66
germag said:
Soooo.....how much orange do you think the GW is required to wear?
Click to expand...
i have never seen a GW with orange on...

LOL! Great story! I guess the GW wasn't thinking clearly - he could've written you another warning for shooting a bear under 75lbs! Was his bullet in his pocket?

Using the GW's logic that you were hunting from the road, every site-seer in the State that looks for wildlife from a vehicle could be written a ticket for hunting from a road, hunting out of season, and hunting w/o a license in some case! And what if you hit game with your truck?

#68
Ok folks not trying to spoil peoples laughs but I'm thinking this over with the mindset of an experienced super cautious turkey hunter that has used legal decoys on occasion and I think the GW was asking for trouble and creating a seriously dangerous situation. As a turkey hunter I do not choose setups where another hunter could stalk my decoy and get in a position to shoot at the decoy with me opposite from the shooter (without me seeing him) or for me to accidentally shoot a silent stalking hunter coming in from a position I might shoot towards.

I mean face it, there are circumstances where decoys are unsafe. This stuffed bear situation was one of those. How do I know that? Because the man got off a shot without the GW knowing it was coming! If he couldn't guarantee that wouldn't happen the bear should not have been placed there. What if he was walking up to remove the bear at the time of the shot? Poor man that fired the gun would have had to live with something like that for life through no fault of his own.

What if a shot, in direction of the road, missed and hit a passing car? It is not hard to imagine someone trekking around the woods and coming up on the back side of the clearing and not even know they were in the vicinity of the road. GW probably had cover from a shot from the road but not from the back or side. I mean years ago I read a news story about a hunter that was shot and killed by another bow hunter while the two stalked the same deer from opposite positions. One of them shot and missed the deer hitting the other man in the chest.

Folks in some ways this bear story is funny but the longer I think about it the scarier it gets for me.
"If you make people think they're thinking, they'll love you; But if you really make them think, they'll hate you." Don Marquis, US humorist (1878 - 1937)

#69
I don't think these are the story I was talking about but I think they help make my point.

#70
tbrown913 said:
so where did you hit the thing???? thats what i really want to know!
Click to expand...
I heard he missed it
"I fool with dead animals all day"

#72
Maybe they should put some ORANGE on the decoy! I bet the GW didn't have orange either!
I never get lost because somebody is always telling me where to go!
R

#73
germag said:
Soooo.....how much orange do you think the GW is required to wear?
Click to expand...
common sense an safety ? ..aughta be the same as everyone else !

#74
It's crap like this that makes people loose respect for conservation rangers and call them rabbit sheriffs. Give a warning ticket for not doing anything wrong. this could come back to haunt you if they keep a record of their warning tickets. thats a poor way to justify your job. funny story
If it hurts, stop doing it. 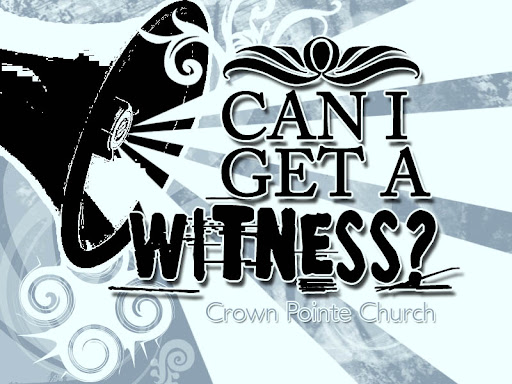 #77
redneckcamo said:
common sense an safety ? ..aughta be the same as everyone else !
Click to expand...
Just asking the question...


...the real answer is none. Doesn't matter whether you or I think it's safe or not, it's just the fact. He isn't required to wear orange when he's working. Wearing orange makes it tough to sneak up on people and hide....both of those are requirements for doing that job.
NRA Life Member, GCO Member, GSSF Member, NRA Certified Rifle Instructor and, oddly enough, Member Revolutionary War Veterans Association (I look a lot younger).

#78
Throwback said:
What's the deal with this thread I can't see past my second post on page #2??

Weird. Done everything including deleting cookies, etc and nothing...

#79
A blatant violation of basic firearms safety rules. #4 to be exact.
"Be sure of your target and what's beyond it."

If you KNEW it was a decoy, and still shot it, you should lose your priviledge to hunt in the future.