After totally changing how I hunted this past season, I connected on my best buck ever .
Take what ya get , Shoot what ya want , Watch out Social Media comparison can suck the fun out of hunting!!!!

#26
Dupree said:
I’ve not killed any giants. I’ve killed four that are between 120” and 124”, and about a dozen 115-120”.
This deer was almost my son’s first in 2015. We were sitting on the ground and he came up out of a ditch 30 yards away Behind us to the left. I managed to get him and his shooting sticks turned, but when he pulled the hammer back on his single shot the deer froze up, looked at us, then whirled back the way he came. He stopped about 85 yards on the opposite ridge. I could only see the deer through a small opening. After 10 seconds he said “daddy I can’t find him in the scope, you kill him” (I’ve caught a lot of crap from people saying I probably shot it out from under him, but I assure you that’s not the case). A week later, same spot had a huge 10 come in and walked broadside across ridge and he couldn’t ever get the gun on him. Starting him so young in the woods, on the ground, wasn’t the best idea looking back, as it made for a lot of heart breaks for both of us, but I think he is better off now because of it. View attachment 1093908
Click to expand...
I hope that picture is in a frame!

Go and hide in a hole if you like,The All Father has woven the skein of your life long ago.

Go and hide in a hole if you like,The All Father has woven the skein of your life long ago. 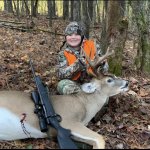 The government cannot give to anybody anything that the government does not first take from somebody else.
.
J

#32
Everyone went to antler size. Here are the best of mine in various ways. 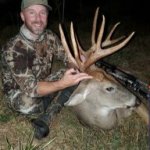 Staff member
#35
My goodness we got some fine bucks in Ga to be thankful for ! Keep em coming
#samelawsforallgeorgians...

Some great GA beasts up in here!!!

Staff member
#38
This one meant a lot to me , public land muzzle loader on the ground . Found the spot chasing a gobbler and just new it would be a good spot to kill a buck .

we hold these truths to be self evident. all men and women are created by the go ,,you know, you know the thing.
joe Biden